Home Blog In Virginia, a Reminder of…

In Virginia, a Reminder of the Threats to Anti-Racism Efforts 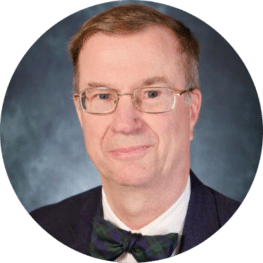 Juneteenth marks the formal end of slavery in the United States. But while the institution of slavery ended, its impacts and the racism and bias perpetrated against people of color remain evident today. After June 19, 1865, many Black Americans lived in poverty, having never been compensated for their labor or their enslavement. Then came the Black Codes, segregation, redlining, and other racist local, state, and federal policies that were implemented with the intent to disenfranchise Black Americans — policies that would continue to be legal into the 1960s. Nearly 160 years since the end of slavery in the United States, centuries-old systemic inequities persist in our educational, electoral, economic, health care, and criminal justice systems that create and exacerbate inequities between people of different races.

Despite the overwhelming evidence of the ways systemic inequities and racism directly impact the health of Black Americans, last week Dr. Colin Greene, Virginia’s top public health official, rejected the idea that structural or institutional racism is a public health crisis. Dr. Greene said he was dubious about any connection between racism and race-based health disparities and didn’t want his department to deal with or even talk about racism, mainly because such talk upsets white people. He did acknowledge that maternal and infant mortality rates are disproportionately greater among Black women and babies, but he said he wanted to create an investigative unit to take a “fresh” look at why that might be. (Dr. Greene’s attempt to walk back his remarks on Friday were too little and too late. The damage to his staff, constituents, and credibility had been done.)

In my more than two decades of work in public health, I’ve grown accustomed to hearing words of ignorance, disdain, and denial coming from unenlightened politicians and bureaucrats, extremists, science deniers, and others who have prioritized political agendas over people’s health. Hacks come from all political parties and persuasions, and the vital mission of public health has languished at all levels of government, under Democrats and Republicans alike. But Dr. Greene’s comments are more maddening and dangerous since he is the top public health official in a state with about 1.6 million Black citizens, or 20 percent of the population. Every public health official, practitioner, academic, and citizen in the country should read and condemn his comments.

No public health official has any excuse for not understanding the solidly established link between deeply rooted historic injustices, disparities, and inequities — in a word, racism — and worse health outcomes among Black Americans. That’s true especially in a former slave state that was home to the Confederacy’s capital. Dr. Greene either doesn’t know the truth, or doesn’t want to know, or knows but denies it. At least 240 governments and agencies, including the Virginia General Assembly and the Centers for Disease Control and Prevention (CDC) have declared that racism a public health crisis.

To get a little insight into his job, Dr. Greene can start with the CDC’s list of the “10 Essential Public Health Services“, the critical public health activities necessary for all communities. Released in 1994 and updated in 2020, this framework centers health equity as a cross-cutting responsibility. It calls on public health agencies and practitioners to “seek to remove systemic and structural barriers that have resulted in health inequities,” including “poverty, racism, gender discrimination, ableism, and other forms of oppression.” The Association of State and Territorial Health Officials, of which Dr. Greene is a member, states in its policy “Achieving Optimal Health for All by Eliminating Structural Racism”:

“Racial differences in health outcomes are tied to historically racist policies, such as redlining and Jim Crow laws, that limit the opportunities many Americans have to access quality healthcare and public health services. These policies are rooted in racist ideologies that promote a hierarchy of human value based on skin color. Contemporary public health agencies must acknowledge that legacy and the policies that maintain their hierarchical system before they can transform to advance public health’s mission to assure the conditions for everyone to live healthy lives and achieve optimal health.”

It’s obvious that Dr. Greene’s comments are not about science. They’re about politics and the increasing politicization of public health. Unfortunately, partisan agendas and ideologies too often take precedence over the health of the people. The assault on public health has been well documented. Public health practitioners working in state and local health agencies have been the victims of bullying, harassment, and threats and report that their expertise has been routinely undermined. More than half of the governmental public health workforce reports at least one symptom of PTSD. While there are pressures from people outside public health, Dr. Greene represents a toxic attitude that is now coming from inside. I never thought I would see this type of attack on public health or witness decades of scholarship and research being so casually dismissed by one of our own leaders. If this is the playbook — to poison and politicize the very institutions meant to protect us — what will be left of our public health system?

As reported by the Washington Post, “Greene maintains that racism is a ‘politically charged’ word that will alienate white people.” But racism is real and dangerous. Our nation has a history of segregation, housing discrimination, and neglect and underfunding of education and other public accommodations, among other discriminatory practices that have a cumulative effect on health and well-being.

Any white person — I am one — must accept that even if we don’t believe ourselves to be racist, the system is. We must admit the reality of white privilege — that while all people have struggles, the color of our skin was not a burden we’ve had to overcome.

Slavery may have ended nearly 160 years ago, but we are a long way from justice, healing, and equality. Words like Dr. Greene’s make us realize just how far we are.