When deciding whether to get a COVID vaccine, Republicans who voted for President Trump will be far more influenced by their doctors and family members than any politician, including Trump, according to a new national poll released today by the de Beaumont Foundation. When asked if they’d be more likely to get vaccinated if their doctor or Trump recommended it, 81% chose their doctor. This and other findings reveal that like other Americans, Trump voters see vaccination as a personal issue, not a political issue, and they want unbiased facts from doctors and other trusted, non-political sources.

Conducted by Frank Luntz on March 14-16 for the de Beaumont Foundation — in partnership with United States of Care and Resolve to Save Lives, an initiative of Vital Strategies — the poll identifies specific language that can help build confidence in the vaccines for all Americans. Findings include messages about the safety and effectiveness of the vaccines, the potential long-term effects of COVID-19, and the careful review process that each vaccine has followed. Download the new toolkit with messaging and communication tips for building confidence in COVID vaccines.

As previous polls of the general public have shown, Trump voters said they’re most concerned about safety, the speed at which the vaccines were developed, and the unknown long-term side effects. These individuals found the following information helpful and said it made them more likely to take a vaccine: 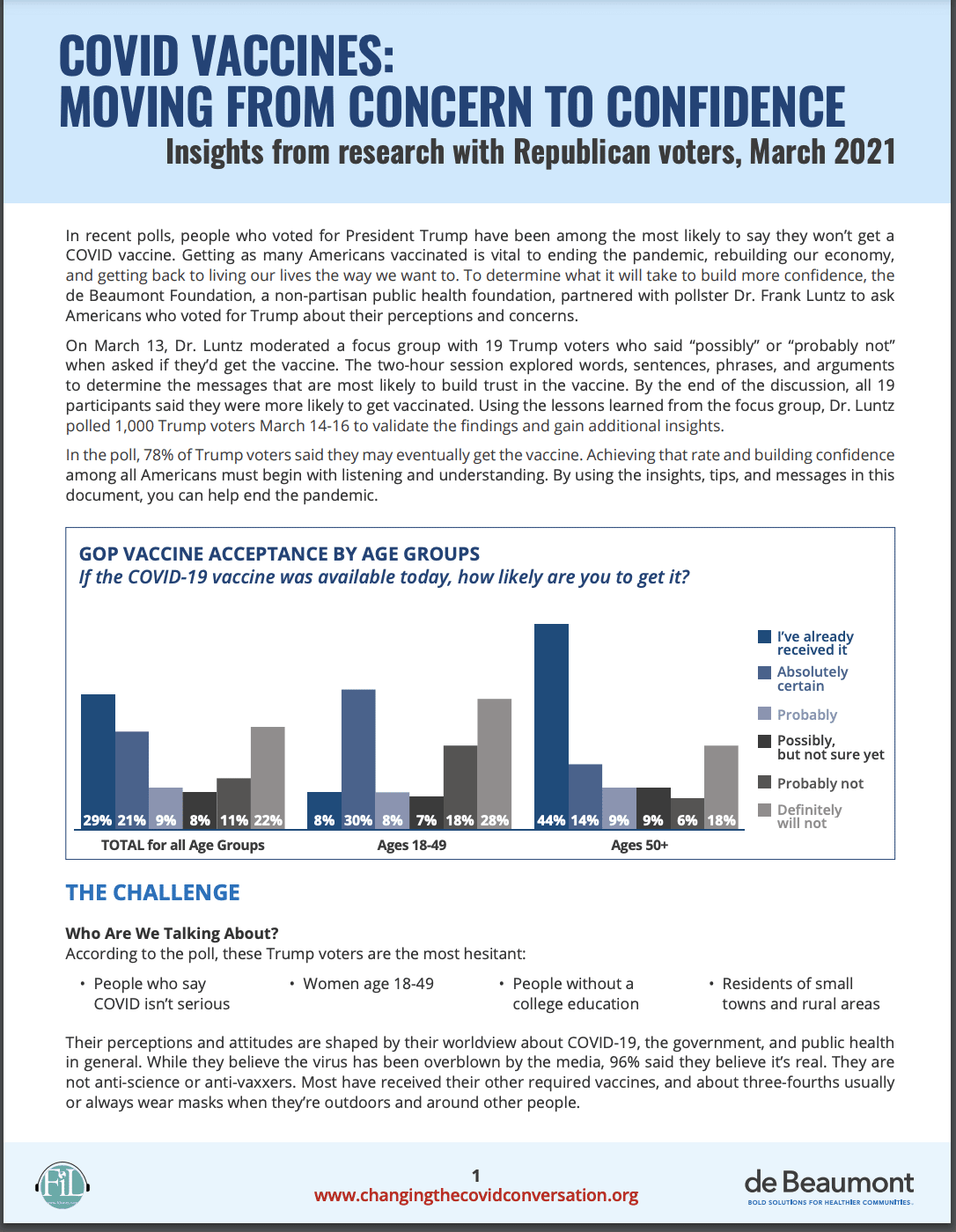 The poll questions were informed by a March 13 nationwide focus group with 19 Trump voters who said they “may possibly” get a COVID vaccine or “probably would not.” The poll validated many of the focus group findings, including a lack of trust of government, political leaders, and the media. “In both the focus group and the poll, they said they want to hear unbiased, un-politicized facts and data from doctors and medical professionals, not politicians,” Luntz said.  “Then they want to make their own decisions. We heard very clearly they don’t want to be told what to do by Washington, but they’re open to listening to facts so they can make an informed decision.”

Brian C. Castrucci, DrPH, president and CEO of the de Beaumont Foundation, said, “The poll findings make it clear that getting a COVID vaccine is a personal decision, and people want to keep politics out of it. The messaging we developed from these findings can help public health officials and others address the real concerns that Trump voters and many other Americans have.”

The poll findings make it clear that getting a COVID vaccine is a personal decision, and people want to keep politics out of it.

Dr. Tom Frieden, MD, MPH, former director of the Centers for Disease Control and Prevention and current president of Resolve to Save Lives, said, “The messages and messengers matter when communicating the benefits of the COVID vaccine to people and communities across the United States and around the world. Transparency is key to vaccine rollout. It’s important to share with people what we know when we know it, and be open about what we don’t know and what we’re doing to learn more.”

Natalie Davis, co-founder of United States of Care, added, “We know that taking the vaccine is a personal medical decision and that people across populations need accurate information. When they get that honest and trusted information, they’re deciding to get the vaccine. That’s great news for all of us and shows just how important these conversations are.”

The poll is the third in a series of national polls focused on “Changing the COVID Conversation” designed to guide more effective public health messaging during this pandemic among diverse populations, including Black Americans, Latinx communities, Republicans, rural residents, and others.

The nationwide survey was conducted March 14-16 by pollster Frank Luntz, with 1,000 registered GOP voters who voted for President Trump in the 2020 election (+3% margin of error), modeled demographically based on voter turnout. They were polled about the specific words, sentences, phrases, and arguments that would make them more likely to take a COVID-19 vaccine. 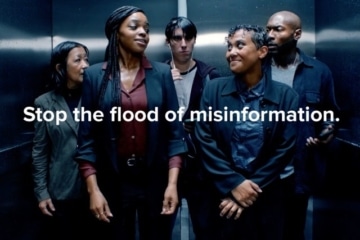 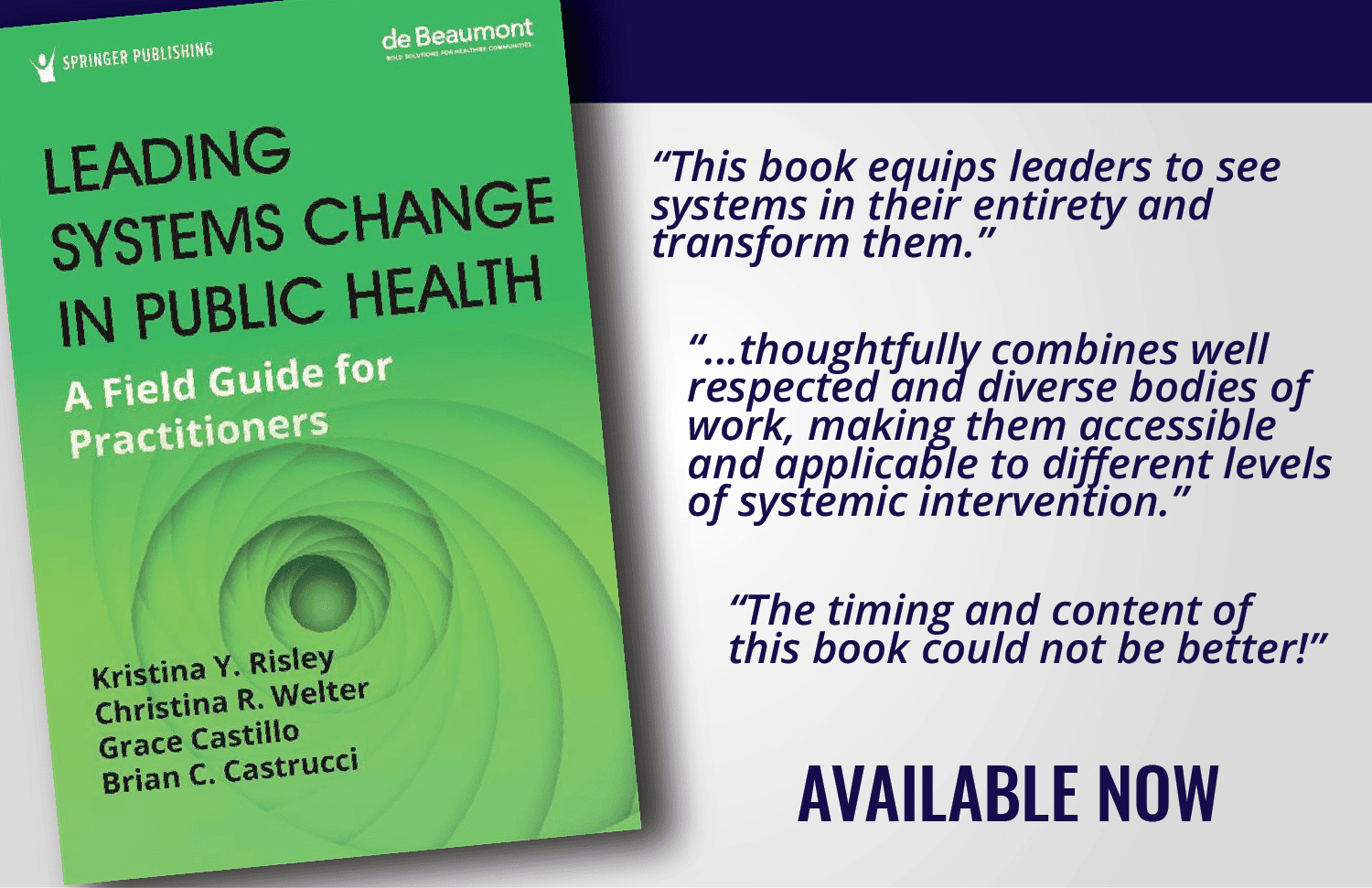 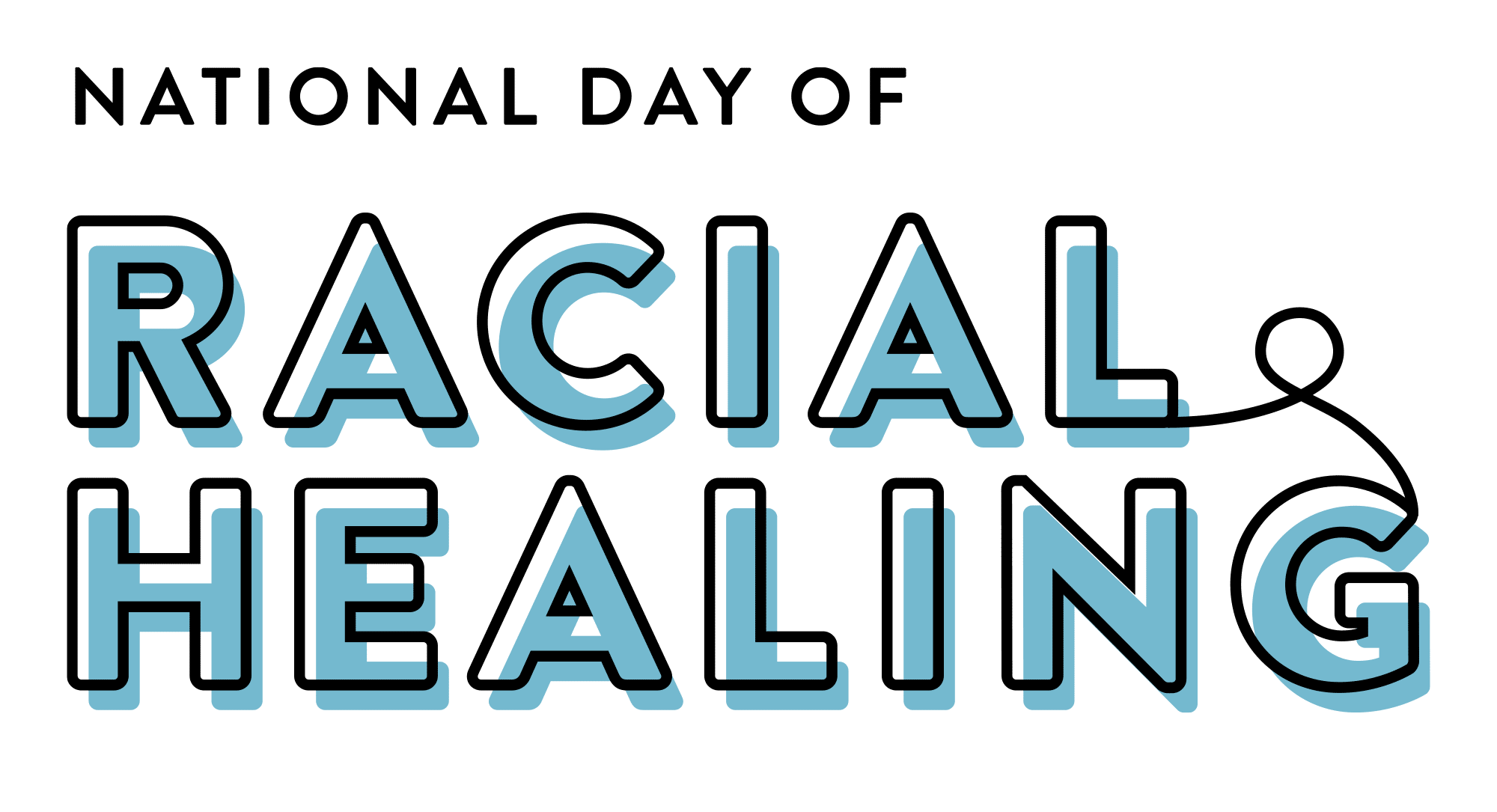 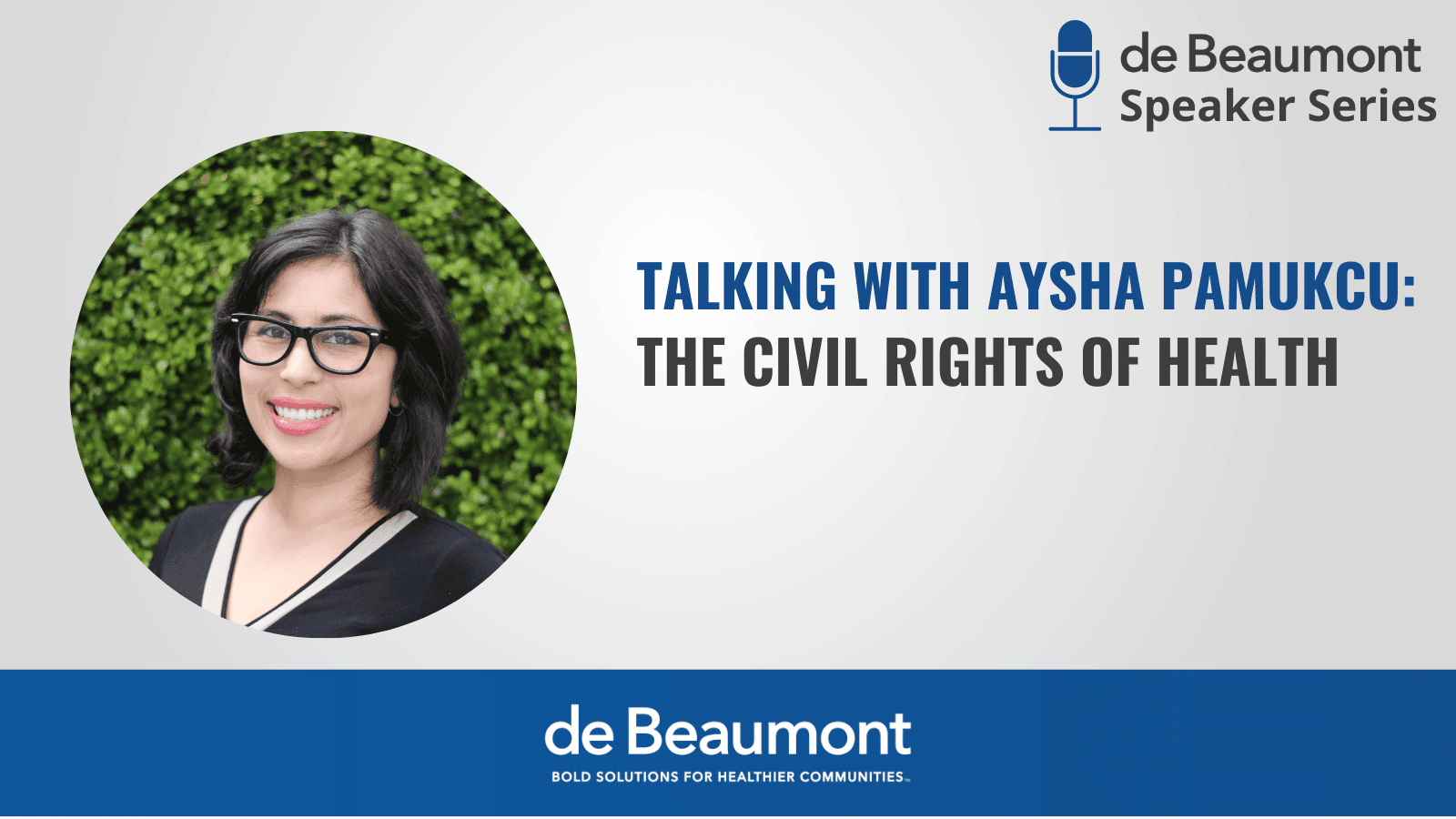