October 14, 2020
The Great Barrington Declaration is not grounded in science and is dangerous 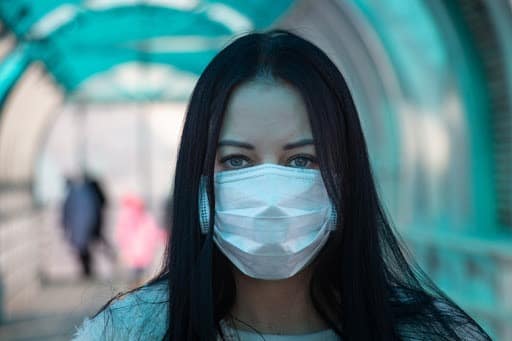 The de Beaumont Foundation has joined 17 other public health organizations in releasing the following statement about the Great Barrington Declaration, a dangerous recommendation that would lead to many more deaths.
SARS-CoV-2, the virus that causes COVID-19 has infected at least 7.8 million people in the United States and 38 million worldwide. It has led to over 215,000 deaths domestically, and more than 1 million globally – with deaths continuing to climb.

If followed, the recommendations in the Great Barrington Declaration would haphazardly and unnecessarily sacrifice lives. The declaration is not a strategy; it is a political statement. It ignores sound public health expertise. It preys on a frustrated populace. Instead of selling false hope that will predictably backfire, we must focus on how to manage this pandemic in a safe, responsible, and equitable way.

The suggestions put forth by the Great Barrington Declaration are NOT based in science.

Combatting the pandemic with lockdowns or full reopening is not a binary, either/or choice. We need to embrace common sense public health practices that allow for a safe reopening of the economy and a return to in-person work and learning while also using proven strategies to reduce the spread of the virus.

The declaration suggests a so-called focused protection approach. It suggests allowing the virus to spread unchecked among young people to create herd immunity in the entire population. This notion is dangerous because it puts the entire population, particularly the most vulnerable, at risk. Young people are not all healthy and they don’t live in vacuums. They interact with family members, co-workers, and neighbors. Inviting increased rates of COVID-19 in young people will lead to increased infections rates among all Americans.

Public health guidance and requirements related to masking and physical distancing are not an impediment to normalcy – they are the path to a new normal. The goal is both public health safety and economic security; the two are not in conflict with one another, they are dependent on each other. We need to focus our efforts on the development and implementation of a national, science-based and ethical pandemic disease-control strategy.

The pandemic has created serious hardships on families’ economic security and on Americans’ mental health and well-being. What we need is a coordinated and robust national response including mask use, hand hygiene and physical distancing, while also ensuring social supports for those most vulnerable, including physical and mental health, and social factors.  What we do not need is wrong-headed proposals masquerading as science.

This statement was authored by:

Association for Professionals in Infection Control and Epidemiology

Association of Schools and Programs of Public Health

Resolve to Save Lives