Regina Fargis didn’t know what to do.

Fargis runs Summit Hills — a health and retirement community in Spartanburg, South Carolina, that offers skilled nursing, activities and communal meals for its residents, most of whom are over 60, the highest-risk category for coronavirus complications. In South Carolina, more than a hundred new cases were emerging daily. So she took precautions: no visitors, hand sanitizer everywhere and regular reminders for residents about the importance of social distancing.

For a time, it worked. Many similar facilities were hit hard by the virus, but Summit Hills remained COVID-free. Summit Hills’ first cases didn’t emerge until mid-June. Three residents and four employees have now tested positive and are being quarantined. For months, though, Fargis was able to protect her residents.

Still, even under the best circumstances, she couldn’t prevent one thing. By mid-May, two residents had become convinced that the COVID-19 death count — which has surpassed 125,000 people in the U.S. — was a talking point manufactured by Democrats. Some people may be dying, they said, but it wasn’t actually that severe. They didn’t think her precautions were necessary.

“I don’t know how to respond, to tell you the truth,” Fargis said. “If someone has that kind of mindset, what kind of conversation do you have” to convince them of the pandemic’s severity and the need for strict precautions?

Since the start of the pandemic, the public has been barraged by conflicting messages in part because the country is dealing with a new and still poorly understood virus and in part because politicians and scientists deliver conflicting advice. But rumors, misinformation and outright falsehoods — some intentionally propagated — have also flourished in that cauldron of confusion.

As the nation reopens for business and retreats from protective stay-at-home orders, those widely circulating lies could prove deadly.

NewsGuard, a startup by two former journalists that vets the internet for misinformation, has identified 217 websites in Europe and the United States that publish “materially false” information about COVID-19. The volume is so great that NewsGuard, which was launched to check political fabrications, has pivoted to full-time COVID-19 fact-checking.

The misinformation includes the “Plandemic” video, Facebook posts claiming 5G cell networks cause the virus and articles suggesting it can be cured with garlic or using a combination of hot water with baking soda and lemon.

Health scares always spawn scurrilous stories. But with COVID-19, “there’s lots of opportunity for misinformation,” said Dhavan Shah, a professor of mass communication at the University of Wisconsin-Madison.

That is particularly true in the United States, where the coronavirus has somehow morphed into a right-versus-left political issue — and Americans increasingly reject information that doesn’t match their leanings.

Research shows people who support the Trump administration and rely on right-leaning news organizations are more likely to believe the virus has been exaggerated. In general, Republicans are more likely, according to recent polling, than Democrats to think that COVID-19 was never a threat and that the worst is over. That possibly contributed to the push for early reopening in some states that had not met the requirements recommended by the Centers for Disease Control and Prevention for doing so. In many of them, daily case counts are now spiking. And Republicans are less likely than Democrats to don protective masks, which are believed to reduce the spread of the virus. (President Donald Trump famously has refused to wear a mask in public.)

Groups like anti-vaxxers, conspiracy theorists and immigration opponents have also used the virus to push their own misinformation, per a report from Data & Society, a research institute in New York.

“It’s become a political football now,” said Steven Brill, a co-CEO of NewsGuard. “That tends to get the misinformation and disinformation amplified. People on one side or the other tend to want to amplify what endorses or strengthens their position.”

Misinformation Grows In A Vacuum

Federal health officials from agencies such as the CDC and the Food and Drug Administration usually are tasked with providing the public with understandable, scientifically supported guidance. But the advice from experts like Dr. Anthony Fauci, who heads the National Institute of Allergy and Infectious Diseases, has consistently been undermined by Trump, who instead touts unproven treatments and frequently challenges the severity of the virus.

In fact, political figures like Trump have held outsize influence in shaping public understanding. “The news feed abhors a vacuum,” said Jeff Hancock, a professor of communication at Stanford University who has studied the implications of COVID misinformation. “Since the expertise of the CDC and others have been called into question … it exacerbates the problem.”

Experts’ initial confusion about how to respond to a new virus has also allowed for suspicion. When the coronavirus arrived in the United States, the prevailing thought was that asymptomatic patients couldn’t spread it and that people needn’t wear face coverings. Subsequent studies reversed those judgments.

All that helps explain why falsehoods took hold. Researchers from the University of Oxford’s Reuters Institute for the Study of Journalism reviewed 225 pieces of online misinformation about COVID-19. Misinformation spread by political figures and celebrities made up only 20% of the sample but accounted for 69% of engagement.

At Summit Hills, the politicization of COVID-19 has “without a doubt” made it harder for Fargis, its executive director, to convince her residents — many of whom would typically look to the federal government for credible information — of the pandemic’s severity.

At Hebrew SeniorLife, a hospital and living center in Massachusetts, which operates rehab centers and senior-living facilities around the Boston area, misinformation and online scams — such as fake fundraisers on Facebook for first responders — are serious concerns, said Rachel Lerner, the organization’s general counsel.

Older Americans experience a “perfect storm,” Hancock said. “They’re more susceptible to the virus. They are targets of misinformation and online scams at a much higher rate than regular folks are.”

When South Carolina began opening up, Fargis decided to see if the numbers of new COVID-19 cases declined significantly before lifting precautions. Now, with the virus in her facility, she has no intention of letting up social distancing rules and other prevention strategies.

And since May, at least one of her residents has since come around to understanding the pandemic’s severity. But another, she said, still emails her arguing that the virus has been overblown or that social distancing does not work and suggesting that unproven medicines — like hydroxychloroquine or beta-glucans — can treat or prevent the illness.

“We’d all be far better off if we kept those nonsensical remarks out of the news,” she said. “The more misinformation we have, the more likely we are going to have lives at stake.”

Kaiser Health News (KHN) is a national health policy news service. It is an editorially independent program of the Henry J. Kaiser Family Foundation which is not affiliated with Kaiser Permanente. 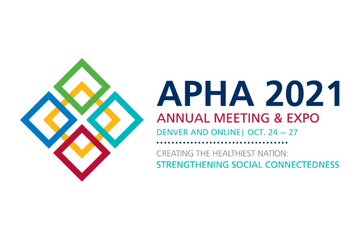 ‘Staffing Up’ Research: Health Departments Need to Grow by 80% to Provide Basic Services